“You may not have the power to fire a bad cop, but you must make it clear to your unprofessional peers that racism and abuse of power are not tolerated. They make your job more difficult and they endanger your safety every day.”

The Code of Silence Ends Here 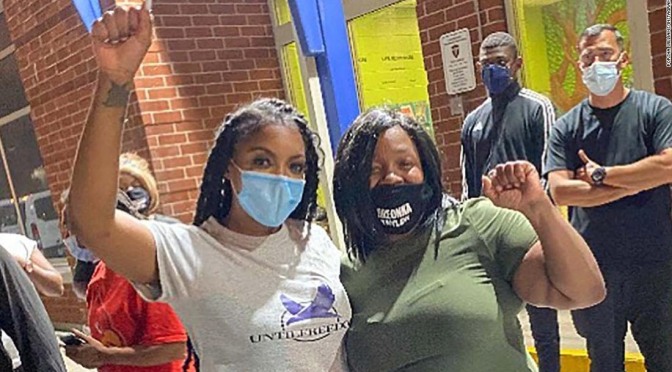 “Real Housewives of Atlanta” star and an NFL wide receiver were among 87 protesters arrested outside a home owned by Kentucky Attorney General Daniel Cameron.

Porsha Williams, who has been on ‘Real Housewives’ since 2012, and Kenny Stills, a wide receiver for the NFL’s Houston Texans, joined protesters on Tuesday as they occupied the front yard of the home and chanted support for Breonna Taylor. READ MORE!!!

We Hold You Down